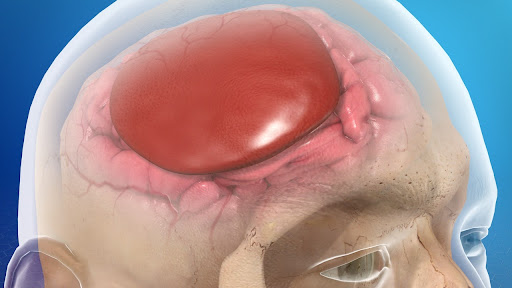 Dr. Sawhney is regarded as the best neurosurgeon due to his track record of great surgery results for deadly brain disorders. He is one of the few neurosurgeons in India who has received official training in Microneurosurgery, Neuroendoscopy, and Minimally Invasive Spine Surgery.

Dr. Sawhney is interested in education and has previously worked as a professor. He’s also spoken at many major conferences and has several articles to his name in national forums.

Dr. Gurneet Singh Sawhney‘s kind and welcoming demeanor make him highly approachable to his patients. He can communicate in many languages, making patients feel very relaxed and at ease with him for medical treatment.

In this post, we’ll look at Dr. Gurneet Sawhney’s one of the cases, which he completed successfully and helped his patient recover.

This case study aims to highlight significant clinical findings in a patient with a subdural hematoma. A subdural hematoma is a sort of internal bleed. It is a sort of bleeding that occurs within the head’s skull but outside in the brain tissue. The brain comprises three membrane layers or coverings between the bone skull and the actual brain tissue (called meninges).

Decompression surgery is used to treat larger hematomas. If there are large or thick blood clots, more surgery may be required. Hematomas can sometimes cause little or no symptoms and are tiny enough to avoid surgical treatment.

A 45-year-old patient with a subdural hematoma is the subject of this case study. A subdural hematoma is a medical emergency that, if not treated promptly, can be fatal. A sudden hemorrhage or bleeding between the brain and its outer coating causes this life-threatening illness. However, with therapy, the prognosis is favorable.

The patient had the following signs and symptoms of a subdural hematoma:

Most persons who have a suspected subdural hematoma will get a CT scan to confirm the diagnosis. A CT scan creates detailed images of the inside of your body using X-rays and a computer. It can reveal whether blood has accumulated between the skull and the brain. To confirm the diagnosis of rising pressure within the head, a CT scan was performed (intracranial pressure). According to Mumbai’s leading neurosurgeon, it was also essential to determine the extent of internal bleeding between the brain and its outermost layer.

After obtaining his family’s permission, he underwent life-saving surgery to remove the bleeding. The pressure on the brain was significantly decreased after the surgery. The patient was placed on a ventilator for one day to check that his brain function improved. The post-surgery CT scan confirmed that the brain had recovered.

Sedation was discontinued the next day after surgery, and the patient was removed off ventilator support the next day. He was then placed on physiotherapy. He was transferred to the general ward on the fourth day following the brain operation and discharged on the seventh day.

After receiving prompt and appropriate medical treatment, the patient was given a fresh lease on life, including life-saving surgery. According to Mumbai-based brilliant neurosurgeon Dr. Gurneet Sawhney, the patient is doing well right now and enjoying his penchant for lengthy drives.

We were able to renew the guy from his life-threatening coma thanks to prompt treatment and surgery.